Much can be said of the legacy Arnold “AJ” Popky–EMDR pioneer and influencer–leaves behind.

Many knew him as a colleague and friend within the ranks of EMDR therapy.  As a business man from silicon valley, he understood the needed logistics to launch professional training in Francine Shapiro’s new life-changing therapy she originally called EMD or Eye Movement Desensitization.  So Popky took care of many details behind the scenes as Francine Shapiro’s work took shape, and the psychotherapy world would chart a new course.

As it became apparent that Eye Movement Desensitization and Reprocessing was an effective psychotherapy, in 1993 Popky developed the DeTUR™ protocol, presenting it initially as a protocol to help clients stop smoking.  The protocol, Desensitization of Triggers and Urge Reprocessing based in EMDR therapy’s Adaptive Information Processing (AIP) Model for addictions and dysfunctional behaviors, would focus on the triggers and relieve the client of the behavior.  And because of the swiftness of the relief clients found by focusing on desensitizing triggers, Popky eventually renamed his version of the AIP to become the Accelerated Adaptive Information Processing Model.

But Popky was far from finished.

A United States Marine Corps DIV. 1277 charter member, Popky had a particular passion for other veterans and those in current military service.  He knew firsthand their experiences and their challenges.  So he began to work with wounded warriors who were dealing with PTSD, addictions, and other maladaptive behaviors.  As he worked with this population, he saw positive change, relief of symptoms, and true healing as a result of DeTUR™.  His work grew so much that he became a trainer and consultant to U.S. Department of Defense therapists at military bases around the world. 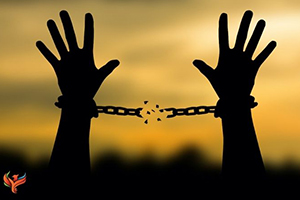 The number of people who have been positively affected by AJ Popky’s  protocol and by EMDR therapy in general because of the effort he put into promotion and training is truly astounding since he didn’t even begin his journey in psychotherapy until after a 30-year career in Silicon Valley high-tech.  A feat most of us would not even consider much less tackle.

But when the need is great, some people just can’t stop.

And that was AJ Popky.  He saw how people needed more than the usual Bandaid® approaches.  So he kept working, helping his clients target triggers that brought up uncomfortable feelings leading to urges, uncovering core traumas, and reprocessing to completion.

Meanwhile, AJ also never stopped teaching and training other therapists to do the same.  An entire generation of therapists have now trained in the components of Popky’s trademarked method.  Many remember Dr. Popky as a famously dynamic presenter.  He presented the DeTUR™ protocol with both compassion and humor, using illustrations from seemingly hopeless cases and applying masterful technique.  His engaging and lighthearted approach was infectious in all the best ways.  And participants in his workshops always came away with both knowledge and some rubbed off wisdom from this sage of EMDR therapy.  He was always focused on teaching us how to achieve positive outcomes with our clients, and he left an indelible mark on us all.

Now, we carry on, attempting to walk in some pretty big shoes, striving to affect others with humor, positivity, and passion, hoping that we too can say we did everything we could, just like Dr. Arnold A.J. Popky. 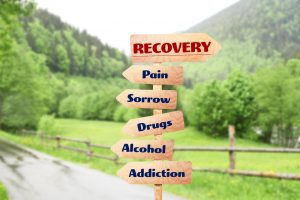 EMDR Professional Training™ is committed to carrying on the legacy of AJ Popky by continuing to offer courses in his DeTUR™ protocol.  You can complete your training with live instructors in our live DeTUR™ workshops or take the course OnDemand where all videos and materials are of AJ Popky’s advanced training and instruction.